OUR OPINION: Addiction is no excuse for manslaughter

We know addiction is a disease. People don’t ask to be addicts, and they can be treated. But when you combine addiction with stupidity, cruelty and indifference to the life of your own infant daughter, you have crossed a line. You deserve neither sympathy nor leniency, but rather disdain and, at most, pity.

Ryan Barry, 33, and his wife, Ashley Cyr, 29, are heroin addicts. They are clean now because they have been in jail for a couple of years. And they will be clean for at least several years to come after pleading guilty to manslaughter in the death of their baby girl, Mya, from the heroin they used and kept in an apartment they shared in Marshfield.

It was on Sept. 23, 2011, that first responders and police arrived at that apartment and found Mya cold and dead. Police found heroin and hypodermic needles in the bedroom where Mya slept with her mother and father. According to investigators, heroin had been mixed with baby formula in the bottle from which Mya had been fed that morning.

It took two years before laboratory analysis and police work produced enough evidence to indict Barry and Cyr for manslaughter in 2013. Both parents were held on $200,000 bail until their scheduled trials this week in Superior Court in Plymouth. Barry pleaded guilty to manslaughter on Wednesday and was sentenced to 10-to-12 years in prison. Cyr got 6-to-8 years for manslaughter the following day.

Marshfield Police Chief Phil Tavares, a captain at the time, was among the officers who went to the apartment in the Castle Green complex the day Mya died. “It was extremely upsetting,” Tavares said. “It’s a terrible tragedy for this child to never have been given a fair chance.” 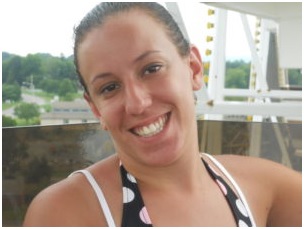