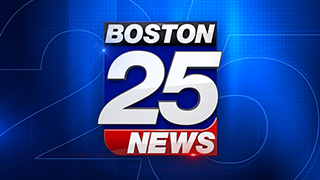 Phenotyping allows investigators to produce a life-like image of a suspect, based solely on a DNA sample.

Since the late 1980's, DNA technology has revolutionized the field of forensic science. DNA, found in biological evidence at crime scenes, has helped police break countless cases in a way that was unimaginable a few decades ago by providing a match from a sample to a suspect.

In Massachusetts, Parabon Snapshot has produced images of suspects in the 1992 abduction, rape and murder of Lisa Ziegert in Agawam, and the 2016 murder of Vanessa Marcotte in Princeton. In both cases, authorities say, the information and images produced by Snapshot helped them narrow the field of suspects, which eventually led to arrests.

In Brockton, Plymouth County District Attorney Timothy Cruz is using Parabon Snapshot technology to help find a man responsible for two murders and a series of rapes, a man who, so far, has escaped justice.

"To be able to say, 'that's the person, or an appearance we believe the person to look like,' that's really strong evidence," DA Cruz told Boston 25 News.

Parabon's work is not without controversy.

In Massachusetts, Snapshot is not admissible as evidence in court. And Parabon has not opened Snapshot's algorithms to peer review, a position that alarms some legal experts.

"We're simply going on faith the people who own this one company, that this is good stuff, trust it. Believe it. (They say) 'We're not showing you anything what we do, how we do it. But please trust us.' That can't be relied on in the courts," Boston defense attorney Peter Elikann told Boston 25 News.

Parabon Nanolabs founder and CEO Steven Armentrout tells Boston 25 News Snapshot technology is proven, and it is constantly tested in other ways.

"Snapshop has been evaluated by an enormous amount of federal agencies and blind evaluations. It's always performed extremely well. The algorithms themselves are proprietary so we won't be divulging those."

In the meantime, police and law enforcement agencies across the country are increasingly turning to Parabon Snapshot technology to help them solve baffling cases, by putting a digital face on crime.