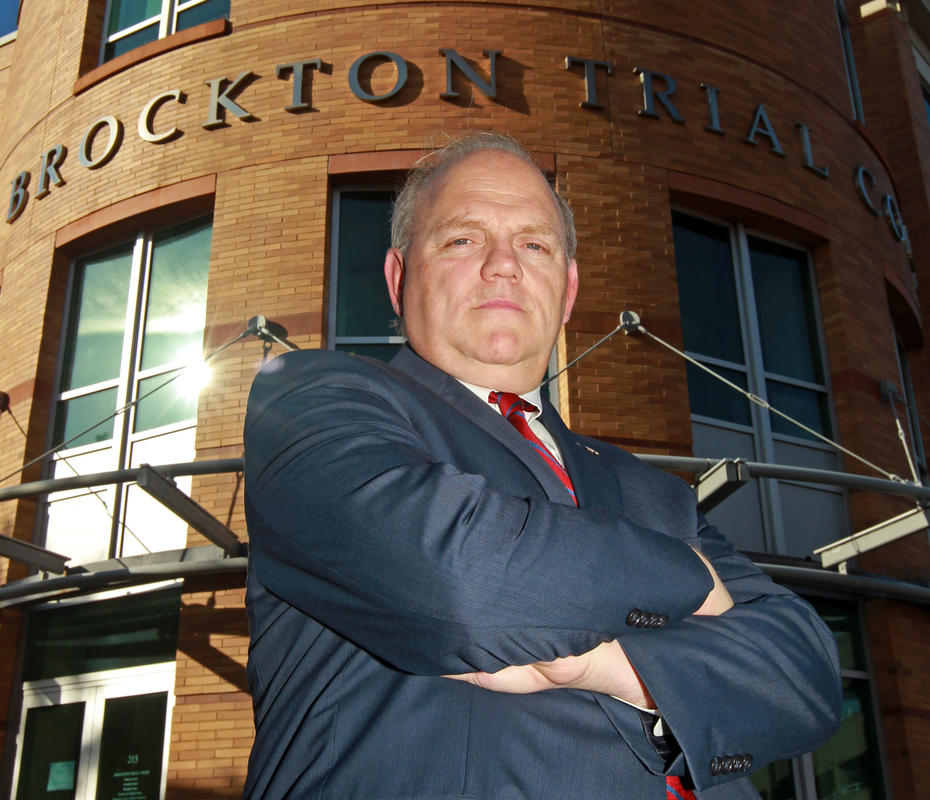 ATTEMPT TO CHARGE: Plymouth County District Attorney Timothy Cruz is speaking out after an attempt to file criminal charges against a suspect caught with carfentanil was denied.

A critical flaw in the state’s drug laws has left the incredibly deadly synthetic opioid carfentanil off the list of illegal substances, an issue that has district attorneys across Massachusetts sounding the alarm.

“We were charging the individual with possession of carfentanil and other drugs. We were informed that carfentanil does not fall within the definition of a Class B substance,” Cruz told the Herald yesterday. “So we can’t proceed on a state level with a state charge.”

Carfentanil can be inhaled and absorbed through the skin. Even in trace amounts — the size of a grain or two of sugar — it poses a major safety threat to both first responders and addicts, Cruz said.

“My real concern is that we have police officers and first responders, they’re risking their lives to take drugs off the street,” Cruz said. “How many of these cases are going to slip through our fingers because of this gap that exists in the law?”

Although the suspected dealer could face federal charges, Cruz said that process is time consuming and his office would like to be able to take the dealers and their drugs off the streets immediately.

In a statement, Suffolk District Attorney Daniel F. Conley’s office said “the danger (carfentanil) poses is all too well-known ... which should make it ripe for inclusion in state drug laws.”

A spokeswoman for Essex District Attorney Jonathan W. Blodgett said the DA “supports legislation that would make carfentanil illegal in Massachusetts and allow prosecutors to hold individuals who sell this poison accountable for their actions.”

The gap has Beacon Hill scrambling to add the deadly opioid to the state’s list of illegal drugs.

State Reps. Tim Whelan (R-Brewster) and Paul Tucker (D-Salem), both former cops, have a bill headed to committee that would sentence those found in possession of the drug to up to 20 years in prison.

“If you look across the country, people are overdosing from skin contact,” Tucker said of the drug. “This is a big problem that’s about to hit here. We saw what happened when fentanyl was introduced. It has been the main cause of deaths in opiate overdoes.”

When it comes to dangerous drugs on the street, Tucker said carfentanil is “as real as it gets.”

“First responders face a whole host of issues every day. This is something that every one of them needs to be aware of,” he said. “Just being in the presence of this can have devastating effects.”

While a heroin overdose can be reversed with two to four milligrams of naloxone, fentanyl requires up to 10. It is also a persistent killer — those who have been brought back from overdoses with the help of naloxone can collapse as the drug stays in the system, experts said.

First responders are increasingly being outfitted with eye goggles, dust masks, latex gloves and, in some instances, full-body suits and boots, to protect them if they come in contact with the drug, officials said.

Carfentanil was confirmed in Massachusetts for the first time in June. In September, the DEA and state police reported carfentanil in 12 drug samples submitted for analysis from Brockton, Boston, Lawrence, Hanson, Abington, Rockland, Kingston and Dedham.